About Redcliffs - Our History

Redcliffs has been home to people for around 700 years. In the mid-14th century groups of Māori, initially the Waitaha people and then the Ngāti Māmoe tribe, settled there. Ngāi Tahu displaced Ngāti Māmoe in the 17th century and were still living in the area when the first Europeans began to arrive. The Māori name for Redcliffs is Te Rae Kura, which means “red, glowing headlands”. This name comes from the red volcanic rock in the area.  Extensive evidence of settlement on the flat areas around what is now Redcliffs and McCormacks Bay has been found, probably semi-permanent communities, and likely mainly from the 14th and 15th centuries. There are a number of caves in the area in which artefacts and bones have been found. The largest of these, now known as Moa Bone Point Cave (or simply Moa Cave)—Te Ana o Hineraki in te reo Māori—was inhabited by early moa hunters, and later by shellfish gatherers presumed to be Waitaha. There is an extensive description of the early history and excavation of the cave here. Items from these excavations are on display at the Canterbury Museum and Redcliffs is acknowledged as one of the most important archeological areas in New Zealand for investigating evidence of early human settlement.

European settlers arrived around the middle of the 19th century. The first known European name for the area was Watsonville, after landowner Alfred Watson, who owned 150 acres on the hillside next to what is now Main Road. This name is used in The Star in 1889. The name is also used in an interesting article about the area in the New Zealand Tablet in 1890—the article can be read here. However, the name Clifton was in common use by 1896. The area adjacent to the estuary was known as Fishermans Flat.  The residents of the area met in 1898 in order to try to get a post office for the settlement, but because there was already a town called Clifton with a post office, another name had to be found. The name Redcliffs was chosen. This is a direct translation of the original Māori name Te Rae Kura (rae = headland or cliff, kura = red).

In 1927 The Press published an article about Redcliffs, "A Progressive Suburb", which gives details of developments and events in the area from the 1860s to 1927. It covers topics such as the creation of the cutting, the water supply, the development of Fisherman's Flat, early shops at Redcliffs, hurricanes, the formation of the Christchurch Yacht Club at Monck's Bay, the establishment of Redcliffs School, the development of the sea wall, the 1911 census, and an attempt to create an oyster fishery in the estuary. The article can be read here.
There was a Burgess's Association from 1913, which eventually formed the Redcliffs Residents Association.

History of the Estuary area

A comprehensive guide "A Recreational and Social History of the Avon-Heathcote Estuary" written from a project in 2009/2010, can be found here.

There is also a really comprehensive thesis published in 2017 by Georgia Kerby.  Redcliffs Archeological History and Material Culture.

"Post-1847 changes in the Avon-Heathcote Estuary, Christchurch: a study of the effect of urban development around a tidal estuary" was published in 1988 and can be found here.

Here is a link to the Sumner Redcliffs Oral History Project created by the Sumner Bays Union Trust in 2018.

There are a lot of items from Redcliffs in the Canterbury Museum and also some displayed at Redcliffs School. 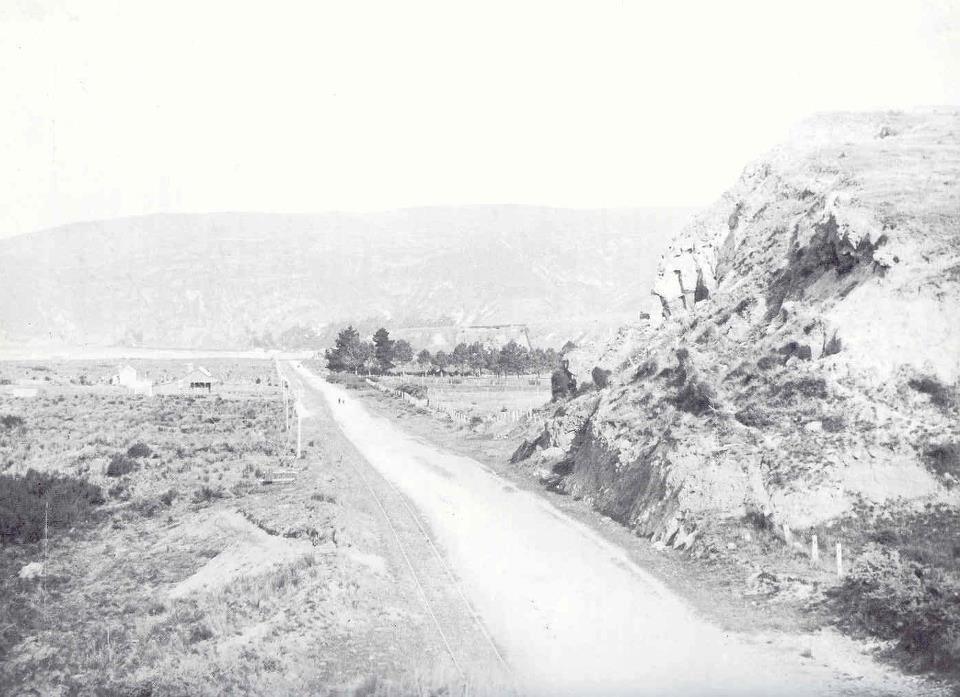 This work by Edith Munnings, painted around 1889, is in the Christchurch Art Gallery Some archeology
There are a lot of items from Redcliffs in the Canterbury Museum and also some displayed at Redcliffs School. This is one of them. Here is a photo of the old Redcliffs Store, probably in the 1920's.